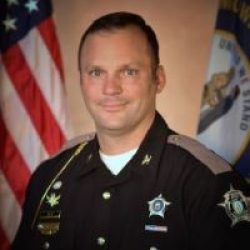 An individual suffering from mental illness can be involuntarily hospitalized if: A person is considered “mentally ill” if he or she has serious problems with self-control, judgment or discretion in their personal affairs and social relations due to physiological, psychological or social factors. “Danger” means actual or the threat of serious physical harm to self, family, or others. This includes any action that deprives self, family or others of the basic necessities (i.e. food, shelter, or clothing). “Least restrictive means” indicates that the required treatment will provide a realistic opportunity to improve the mentally ill person’s level of functioning in the least confining setting possible under the circumstances. TEMPORARY COMMITMENT Initiated when a qualified medical professional, police officer, County or Commonwealth Attorney, spouse, relative, friend, guardian or other interested person files a petition for involuntary hospitalization of a mentally ill individual. IMMEDIATE DETENTION EMERGENCY ADMISSION STEPS OF THE INVOLUNTARY HOSPITALIZATION HEARING PROCESS If the court finds that no probable cause exists to involuntarily hospitalize, the proceedings must be dismissed and the individual will be released. There are no absolutes or predictability on who will be admitted.  “Imminent danger” can be subjective and dependent on the mental health provider’s judgment.   In addition, individuals may present in control of their self and deny allegations during an evaluation.  This makes it difficult to obtain an accurate assessment. Being declined for admission and treatment can be very disheartening to family members.  This leaves them feeling helpless when their family member desperately needs treatment. The system and the laws focus on civil rights and not the hardship of the family or individual. If the individual is denied admission and risk remains, one is advised to file a petition again.  When mental health professionals see a history of petitions this may influence a future assessment.